MUST BE 21 or OLDER TO PURCHASE ONLINE 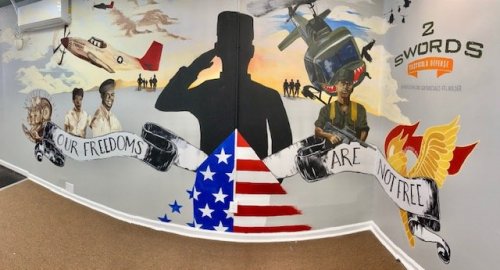 2-Swords Tactical & Defense is a brand that embodies key influences that molded me into the person I am today. The first are the role models I had (and continue to have) in my life, representing lessons and examples they instilled in me. The second is my faith, and how it brought me to an understanding of how precious both life and liberty are, and why they must be protected.

It is a collage of people in my life that made significant impacts on my character, and who did amazing things by the time they were half my age, even during troubling social times. For example, when you walk into the training space, you will first be greeted by a rendering of my Grandfather Charles “Chuck” Bowman, flanked by his lovely wife Cleo Bowman (They were childhood sweethearts from the beginning to the end). In short,
he got married, drafted, and became a father right before he moved from Michigan to Alabama, to serve 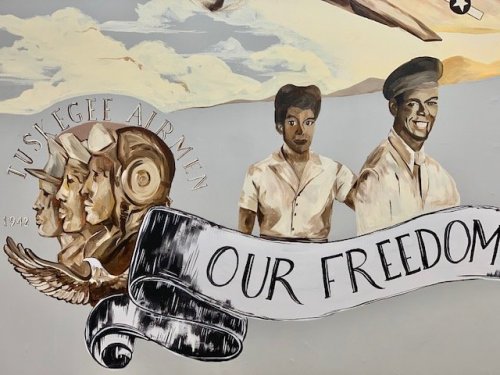 as a Tuskegee Airman during the WW2. Moreover, Cleo even had a job on the base, serving in her own capacity as a civilian to keep things running smoothly, and scheduling events and entertainment for the troops. They were both barley 20! After the war, Chuck moved back to Michigan and proceeded to build a life for his growing family. He was able to leverage the technical skills learned in the Army, working his way up from cleaning trucks, to retiring as a line-engineer for the largest phone-utility company in Michigan. Chuck was never deterred by barriers, always finding a way to accomplish whatever needed to be done, and doing it with a since of excellence.

As one moves further down the mural, you will then see another great man of character: Ronald “Barry” Banks. Barry is my step-father, who before he entered my life, served in the US Army as a Pathfinder in Vietnam. His natural leadership, athletic ability, and strong-will to “win” enabled him to survive, as he served his country with bravery and distinction alongside his fellow team-members. They were the ones
the enemy never knew were there, watching and reporting on them; all while they up landing zones for the larger helicopter forces. Obviously very dangerous work, but it instilled in him a sense of duty, honor, and taught him how accomplish any given tasks; despite the situation. After his service, Barry took on a lovely wife and raised 3 kids, all while working his way into management with the world’s largest automotive company until retirement. Today he enjoys the fruits of his labor and sacrifices, along-side his lovely wife (my mom), doing whatever he can for his family, friends, and community.

Faith, Life & Liberty I am often asked where I got the name "2-Swords." It's based on the Biblical account of Jesus instructing his disciples to arm themselves, and prepare for the perilous time ahead in Luke 22:36-38 (NKJV). It is recorded here that the disciples sold their belongings to purchase two swords for their personal protection. Though this is one of many passages in the Bible that speaks on self-defense, this account is the foundational message for 2-Swords Tactical & Defense, and still rings relevant today. 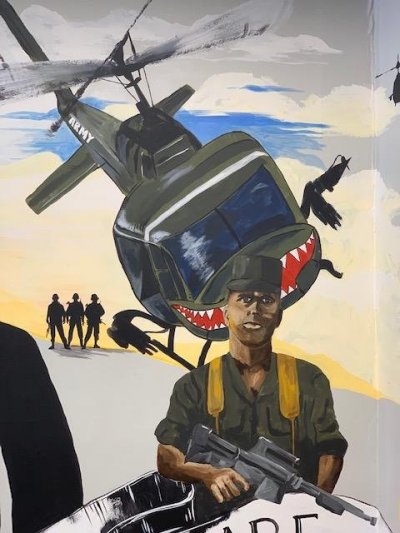 Again, these are the main ingredients that shape 2-Swords Tactical & Defense. It will always be a company that believes in peace, hard work, family, and community; and we will stand with those who share the same values. When all is said and done, without the means to protect what is valuable, one cannot keep it. That is the sole reason for the 2nd Amendment, and why it is so critical to life and freedom.


2-Swords is committed to equipping the warrior class of this great nation, because we recognize that our freedoms are not free. Our nation's warriors are on constant alert, protecting national interests, boarders, and citizens every single day. To honor their diligence, we want to make sure our brave soldiers, lawmen, and first responders have the equipment they need to continue in their calling, for all of us.

The second leg of the 2-Swords' mission is to support American liberties that are guaranteed in our nation's founding documents. Moreover, the freedoms we enjoy have been paid for with the blood and sacrifice of many that have come before us, from all races and walks of life. Our company is focused on making sure that our 2nd Amendment rights can be exercised by law abiding citizens, so they can maintain their freedoms to speak, worship, and possess private property without infringement from crime or unlawful seizure.

The third part of 2-Swords' mission is to protect families by providing training and education, so that homes, businesses, and places of worship are less susceptible to violent crime. Home invasions, church shootings, and brazen robberies are constantly in the news. 2-Swords is committed to making sure law-abiding citizens have the resources to secure their environments, so they can build safe communities, raise their families, and worship, according to their constitutional rights.